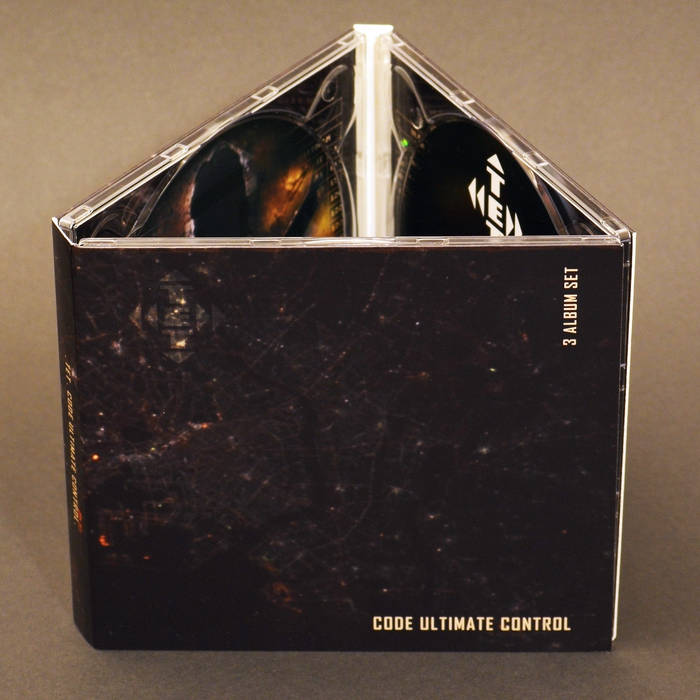 RELEASE INFO: Oldschool EBM of the non-standardized kind. A triple CD album set with 40 tracks / 4 hours of music outlining TET's own vision of "Retro Future", which goes far beyond the "Start the arp and shout like Douglas" approach.

TET are influenced not only by the sound of classic releases from FLA, Front 242, Clock DVA and similar, but also by the "no style boundaries" attitude that was present in that golden age of EBM and has now been replaced with market research.

“TANZWANG!“ was originally performed by Cult Of Decay 1990.

“DEPLOY THE MACHINES“ contains lyrics from “Binary Control“ by Cult Of Decay 1989.

To ensure correct playback, switch off any sound 'enhancers' and eq presets on your playback device.

This is a dynamic range recording - if you want it loud, TURN IT LOUD. Check dynamicrangeday.co.uk for infos.

Design by CS/TET. Execution and input by Grille and Richterprodukt at night.

Saboteurs, you failed in stopping this release from happening!