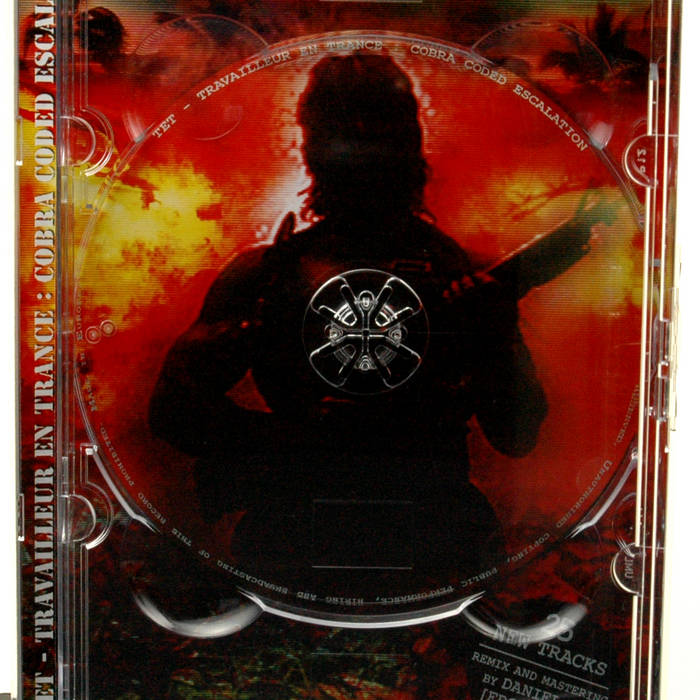 +++ ATTENTION: We ran out of A-grade physical copies of this album! The remaining ones might have a few scratches on the DVD box, as they have been used as live show merchandise. Unfortunately these boxes are no longer manufactured, so we are unable to swap them for pristine ones. To compensate for this, the price of this CD has been lowered! +++

TET's second CD album from 2008. It comes in a super jewel DVD case and features 25 (!) tracks of pure digital Neo-EBM, mainly dealing with secret mercenary missions in the jungle.

For the most part, it's a concept album inspired by certain outstanding VHS movies from the 80s. Driving tracks alternate with sample interludes that reveal important intel. Lots of digital sounds, very little analog.

Includes a remix & mastering by Daniel B. (F242) and a guest performance by Claus Kruse (PNE).

Several key tracks from this album have since been re-released as improved versions on TET's 2015 triple cd set "CODE ULTIMATE CONTROL".

Recorded at The Rotodrômes I & II.

In a world of compromise, some don‘t.